The Supreme Court, in its judgment of June 9 (Rec. 1495/2016), has again made it clear that shared custody is the best and most beneficial option for the minor.

The Court of First Instance filed a petition for divorce, which, among other issues, established that the parental cohabitation regime with the minor child would be shared, attributing to the latter the use of the family domicile, and the parents alternating or weekly periods in the coexistence with the child.

The husband appealed the sentence issued by the Court of First Instance regarding the obligation to alternate both parents’ residence in the family home when they have shared custody, requesting to be able to live in another location, next to the place where the family domicile is located.

The Provincial Court of Valencia, through the judgment of 9 March 2016, Rec. 1277/2015, gave the reason to the ex-husband regarding the possibility of residing in a locality close to the family home, taking into account the distance between the places of residence of the parents, attending the school where the child attends.

Thus, it reasoned that the distance between the parents’ residence and the displacement between the two populations, about 43 minutes, was not an obstacle to shared custody, a time similar to that used in commuting within a city such as Madrid or Barcelona in case the parents resided in a of these cities.

The Civil Chamber dismisses the appeal and confirms the judgment of the Provincial Court. 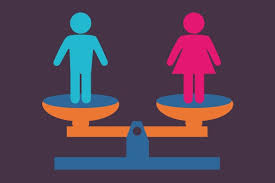 It indicates that, evidently, the shared custody regime entails benefits for the minor but also some difficulty, since it normally implies the change of domicile in short periods of time; nevertheless this is compensated by the coexistence with both parents.

Despite this ruling, there are still others in the Chamber, in which it has avoided pronouncing itself in favour of avoiding important journeys to the place of schooling, for example in the judgment of the Supreme Court STS 748/2016, of December 21, where it considered that there was no shared custody because of adversely affecting the minor due to the residence of the parents in a different population with a distance of about fifty kilometers, which would mean that on alternate weeks the minor would have to travel that considerable distance to go to school.

However, in this recent case, this faculty seemed to have been overcome, and it is possible that the son will change weekly between the two places where his parents live, since there are no special difficulties.