The ruling from the Spanish Supreme Court (2nd Chamber), from July 19th, 2018, reminds that the probative value of WhatsApp messages will not depend on whether or not the victim brings with them an expert opinion by which the Court recognizes the origin the communications, the identity of the interlocutors and the integrity of their content. There is, therefore, no presumption iuris tantum of falsification of these messages (being a iuris tantum presumption the one that is established by law which may be contested via evidence, vs. a iure et de iure presumption).

Back in 2015, a ruling from the same Supreme Court (ruling 300/2015, from 19th May, 2015) already announced the need to approach this situation with caution, considering that there is a possibility of generating a conversation between two accounts created by fake users/customers but also adding that – in connection with the case the high Court was judging-  that the victim had made available to the judge his/her passwords and, that the recipient of the message had been questioned by the parties about the terms in which the two maintained the dialogue.

With the publication of this Judgement, the High Court states that only in cases of legal challenge to the authenticity of the proposed messages, an expert’s onion will have to be done regarding the real issuer of the messages and their content; such an opinion will not be necessary if the veracity of the conversations may be obtained via other elements from the case or by means of evidence which have already been submitted in the case. Thus, the simple fact of having submitted the communications without an expert’s opinion does not imply they are false. 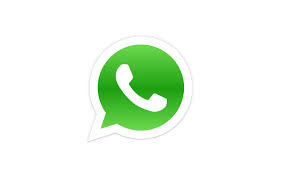